We’ve been appointed to the UK Government’s Digital Outcomes and Specialists 3 (DOS3) framework, which will allow public sector organisations to access our expertise to deliver digital transformation across their front and back office services.

Overseen by the Crown Commercial Service (CCS), the DOS3 programme has been established to help government bodies access trusted suppliers that can research, design, build, test and deliver software applications and digital services. Since its launch at the end of April 2016, it has supported over 1,850 digital projects through the online Digital Marketplace.

We’ve been appointed to Lot 1 and Lot 2 of the framework. This will enable Arvato to promote a range of services, from providing customer support, service desk operations and digital communications, to implementing new technologies, such as Robotic Process Automation (RPA), as well as market individual specialists, such as business analysts, agile coaches, cyber security consultants and service managers.

Debra Maxwell, CEO, Arvato CRM Solutions UK, said: “This framework represents a great opportunity for us to build on our reputation for delivering digital transformation for government organisations. Our track record of providing market-leading customer services to the public sector and expertise in introducing new digital technologies places us in a strong position to win new business.”

If you’d like to find out more about how our award-winning services could help you transform your service delivery, please contact David Thomas, Key Account Director, Arvato (david.thomas@arvato.co.uk, +44 7342 083213). To find out more about the services we offer through the DOS3 framework, please click here.

Arvato CRM identified as a “Leader” for digital customer services 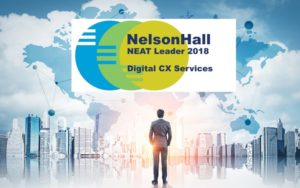 We’ve been named as a leader for digital customer experience services, in a new NEAT vendor evaluation report from global industry analysts NelsonHall.The NelsonHall report evaluates global outsourcing vendors on their ability to deliver customer experience improvements, optimise costs, manage volume and scale, and generate revenues. Arvato CRM Solutions is one of a small number of companies that has recognised as ‘a leader’ in this space.

Andreas Krohn, CEO at Arvato CRM Solutions, said: “Being identified as a leader by NelsonHall is a testament to our delivery of truly market-leading customer service for many of the world’s best-known brands. It’s our combination of technology, people and deep experience that makes the real difference and means we can deliver great customer service that our clients value, now and in the future.” 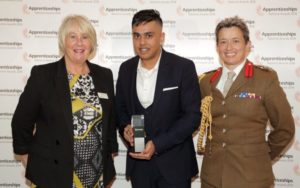 Our Recruitment Apprentice, Vikas Khan, has been named the 2018 South West ‘Intermediate Apprentice of the Year’ in the regional finals of the National Apprenticeship Awards (NAA).

Eighteen-year-old Vikas, based at our UK headquarters in Slough, impressed the judges with his fast development at Arvato, where he’s assumed recruitment account management responsibilities for one of our key automotive clients after just six months of his year-long, NVQ Level 2 programme.

Vikas has also demonstrated a strong commitment to our charity initiatives, organising World Book Day and Diversity Day events that have raised over £1500. The donations were split between The Prince’s Trust, of which the company is a patron, and Penny Appeal.

The National Apprenticeship Awards, now in its fifteenth year, celebrate outstanding apprentices, employers and individuals from across the UK who go above and beyond to champion apprenticeships.

Vikas Khan said: “I’m thrilled to have won this year’s apprentice of the year award for the region and I’m having a fantastic time working at Arvato, gaining the experience and skills I need to kick start my career.

“On a personal level, taking on this role has really boosted my confidence and has taken me out of my comfort zone and pushed me to reach my potential. I’m excited about taking the next steps towards a successful future in recruitment.”

Carl Rayner, Head of Talent Acquisition and Development, Arvato CRM Solutions, UK, said: “Each year, our apprenticeship programme helps young people from Slough to develop the invaluable skills they need to start their careers. We take our responsibilities to the local communities we work in very seriously and supporting youth employment and training is key to this. We are exceptionally proud of Vikas’ achievements and this award is testament to his commitment, skill and maturity.”

Arvato’s Slough apprentice programme has supported over 65 young people since its initiation in 2012, helping them to develop key employment skills and take their first step on the career ladder.As a business we’ve also been included in the AllAboutSchoolLeavers Top 100 Employers for School Leavers in 2018 and the Government’s Top 100 Apprenticeship Employers list in 2017, in recognition of our high standards of excellence in employing apprentices.